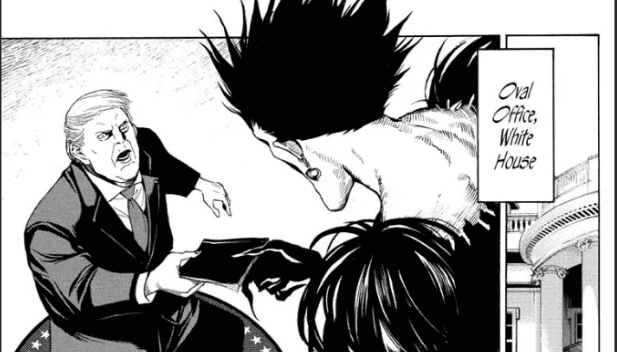 The authors of Death Note, Tsugumi Ohba and Takeshi Obata have come together to give manga readers and new one-off manga of the series. Granted, this latest addition to the popular manga is going f*cking viral on Twitter when people started figuring out that Donald Trump was the next recipient of the Death Note.

Death Note is by far one of Japan’s most popular manga that ran from 2003 to 2006, and the story follows a high school student who is given the power of deciding who lives and who dies through a notebook called the Death Note. Even though the series ended over fourteen years ago, they have made a return as the creators shocked fans with a special one-shot edition of the series. The twist? Donald Trump makes a bizarre cameo, and to say the least, it has gone completely viral.

The original manga follows Light Yagami who finds this supernatural notebook, which gives him the power to kill anyone whose name he writes down inside of it. This special one-shot manga now features the United States president Donald Trump and depicts images of Ryuk (The Death God who is responsible for the Death Note) offering the leader of the US the chance to own the Death Note.

Needless to say this story went completely viral on social media and actually made the terms #Ryuk and #DeathNote trend in the politics section of Twitter. Fans were taken back by the cameo and one user who goes by ATACKTITAN says, “DEATH NOTE COMING BACK JUST FOR TRUMP TO BE THE NEW OWNER IS NOT SOMETHING I EXPECTED THIS YEAR”

DEATH NOTE COMING BACK JUST FOR TRUMP TO BE THE NEW OWNER IS NOT SOMETHING I EXPECTED THIS YEAR— pic.twitter.com/xgg4noIyIm

The inclusion of the world leader took Twitter by storm with fans of the manga losing their minds about it. Mostly they just found it amusing and one user in particular C_Dobbins commented, “This is an actual panel from the new Death Note one-shot and I am absolutely losing it.”

This is an actual panel from the new Death Note one-shot and I am absolutely losing it pic.twitter.com/0JQYZLDS1a

While this revival of the popular manga and anime is only just a mere one-shot, the creators have caused fans to lose their sh*t on this one. This might be paving the way for future stories like this one. 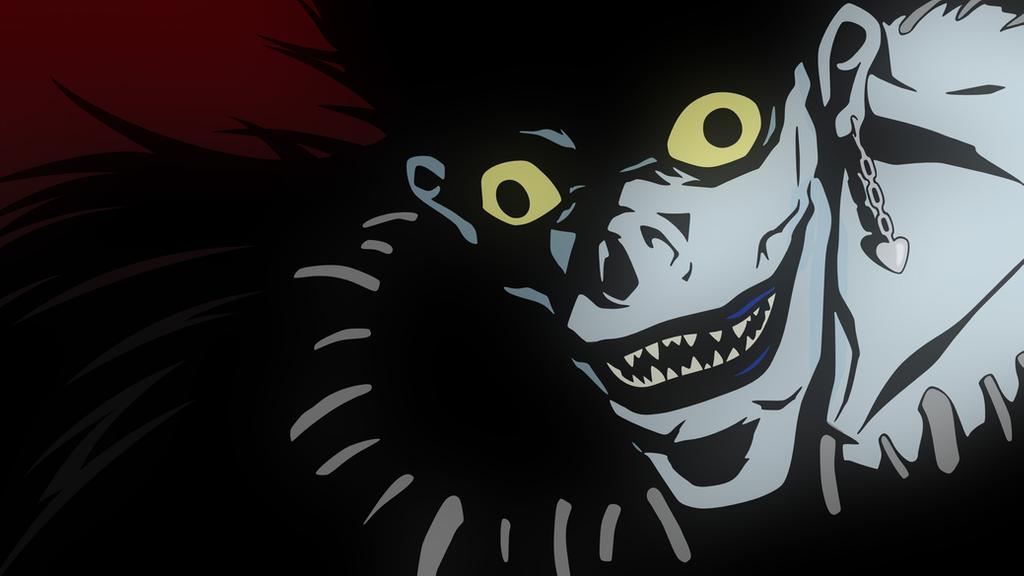