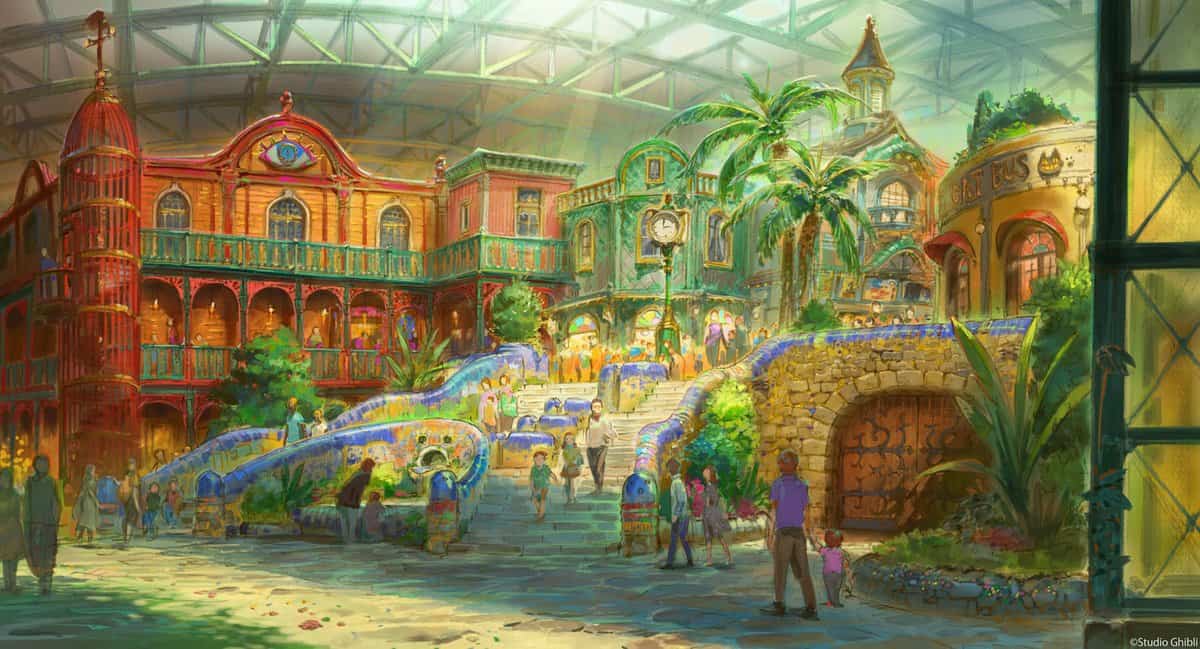 A Theme Park Based Around Studio Ghibli Productions

Imagine being able to walk through Howl’s Moving Castle, Kiki’s House, or Princess Mononoke’s Iron Town. Well, this is all about to come true as a theme park centered around Hayao Miyazaki’s Studio Ghibli productions is coming to Japan’s Aichi Prefecture. There’s also a food court that is rumored to center about Spirited Away!

So, what do you do when you’re a famously successful and massively respected anime production studio like Studio Ghibli? You take all your projects and make a mac daddy theme park based on them. Now, unfortunately it’s been over three years since they announced that this Ghibli theme park was being build, and there’s not a whole of information being made available to the public.

However, there is starting to be a small amount of information, now coming out, as a new announcement from the local Prefecutal government that shows a diagram of the park being build, plus it released a couple of new interesting morsels of data. 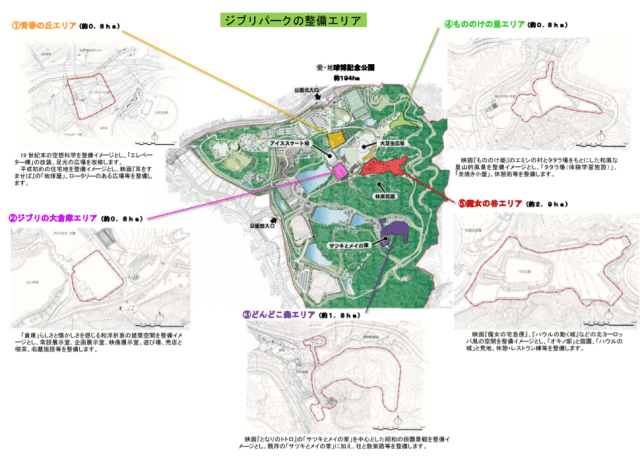 If you go by the maps that were released, it doesn’t appear like the Ghibli Park will be placed in the same patches of the Aichi Commemorative Park, which is situated in the town of Nagakute which is close to Nagoya.

You can see in concept art shows the Hill of Youth which is supposed to bring feelings of humorousness and whimsy with 18-century science fiction aesthetics,.You can also visit an antique shop from Whisper of the Heart, and a cat office from The Cat Returns, which is the semi-sequel to Whisper of the Heart. 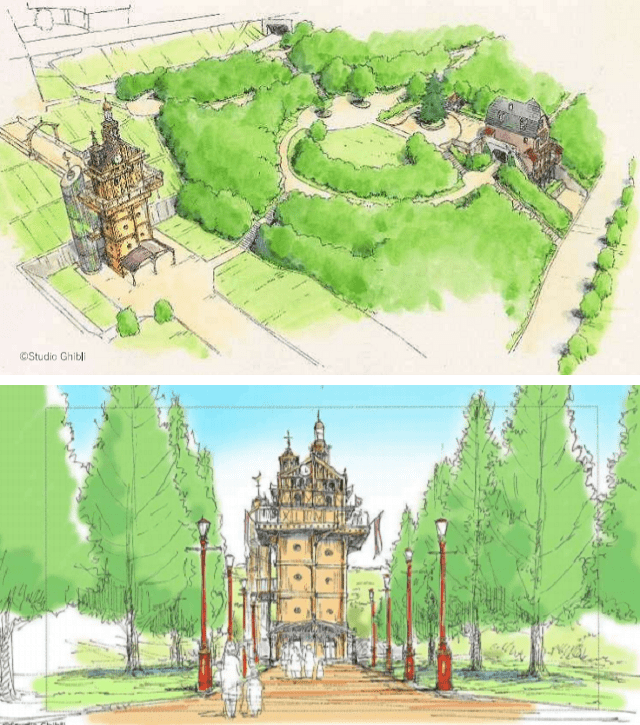 The plans boast exciting features like Ghibli’s Giant Warehouse, a section of the park which will be dedicated to preserving and presenting Studio Ghibili’s animated creations. On top of the permanent seasonal exhibits, this section of the park will also contain a one hundred and seventy seat theater. It being a small theater, it probably won’t feature full length films, but we can hope they might be playing some of Ghibli’s shorts like My Neighbor Totoro, which is currently being shown in Tokyo’s Ghibli Museum.

Additionally, this giant warehouse will  feature a cafeteria, and while this arrangement isn’t included in a press release, the Japanese news outlet Asahi Shimbun Digital is saying that it is going to take on the ghoulish food stalls that you see in Spirited Away. Let’s just not make pigs of ourselves, shall we? 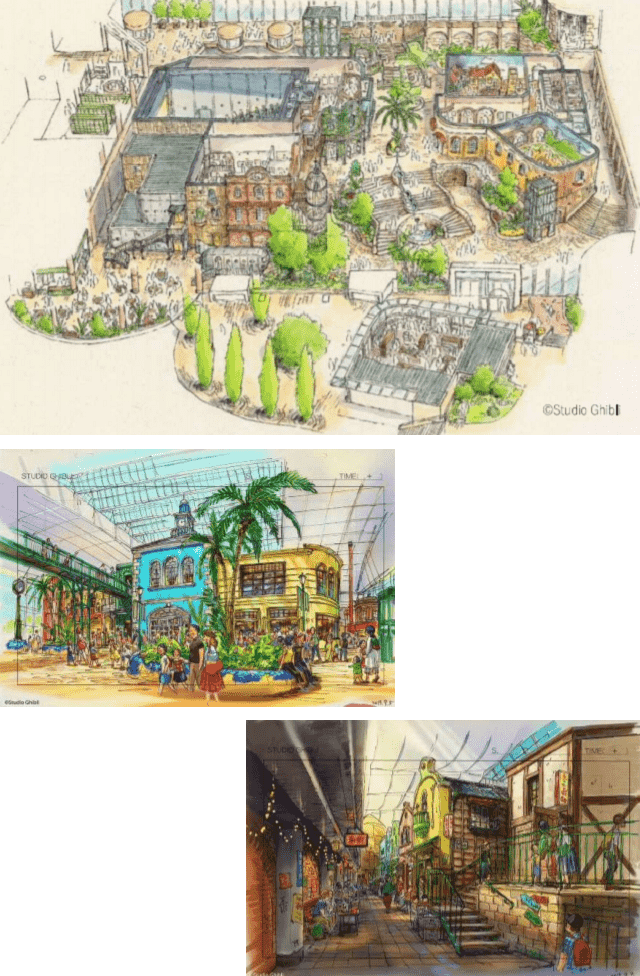 There will also be a Dondoko Forest section that will include the pre-existing, true to life size version of Mei and Satsuki’s home that Ghibli himself previously helped build in 2005 for the World’s Fair.  This will also be the same section where you can travel down a walking path in the woods where you can find a recreation of the countryside shrine that you see in the film. However, we still don’t know if the eerily cute and cuddly Kodamas will be showing up, but chances are pretty good. 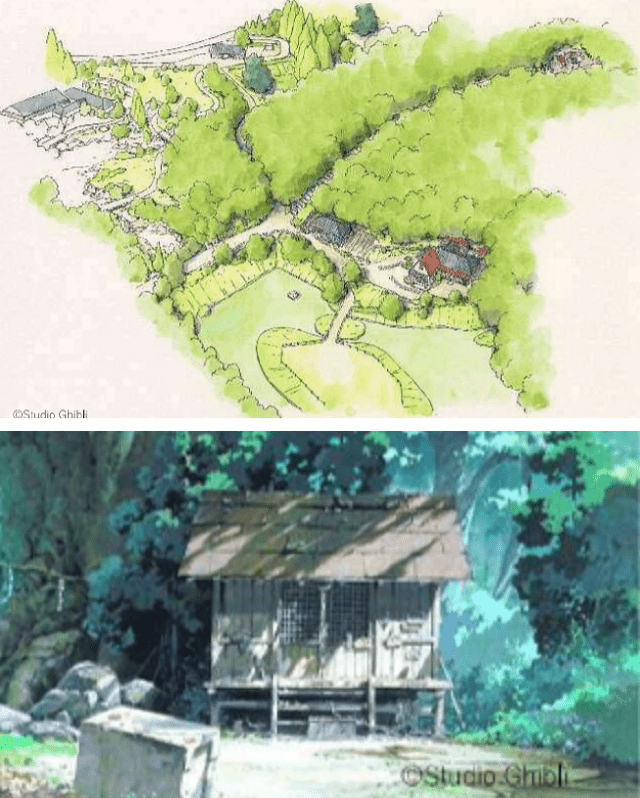 As of right now there’s no concept art for the Princess Mononoke section, but the planners in charge of the park are saying that guests will be able to visit Irontown. This area of the park will give guests hands-on experiences which is going to include charcoal burner’s hut, there will also be a resting area for those who aren’t feeling very productive. 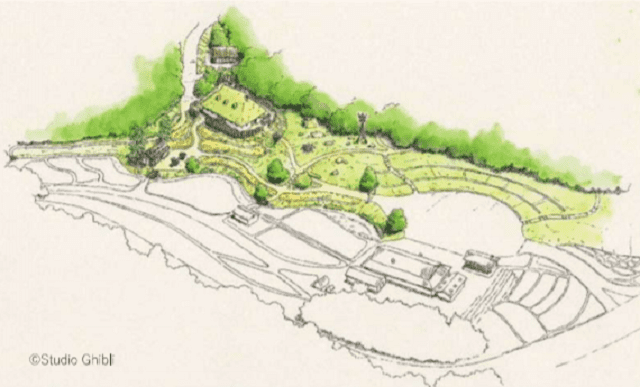 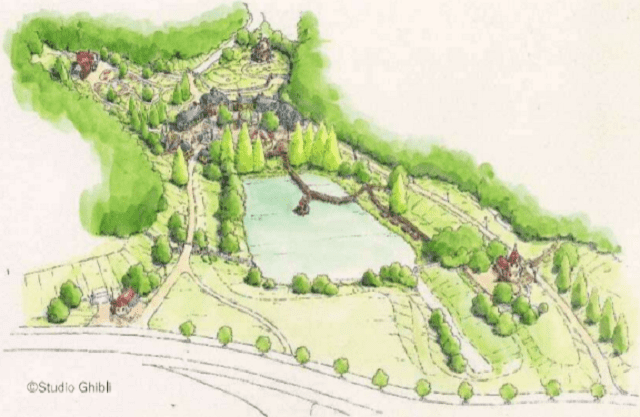 The layout is a little scattered, and the Ghibli Park will have a spotty opening where Hill of Youth, Dondoko Forest, and Ghibli’s Warehouse are slated to open first and that’s going to open sometime in 2022. Mononoke, Valley of Witches, and Village are slated to open in 2023.

The Ghibli Park is expected to receive over a million visitors annually as soon as the first three sections open, and they are sure that once the other zones are open that number will jump up to 1.8 million.