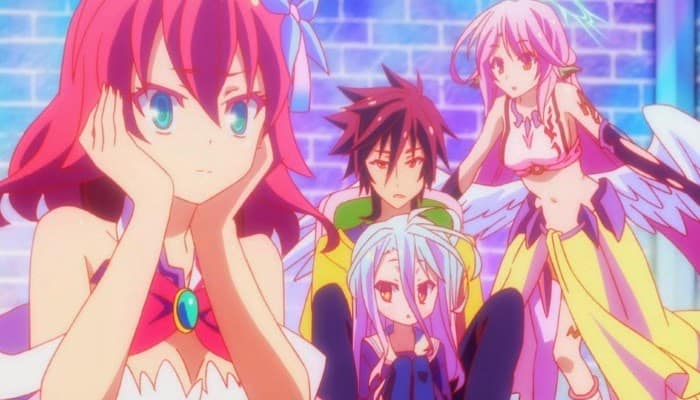 If you haven’t watch No Game No Life Yet, it’s definitely an anime you’re going to want to check out. It’s a short novel series that’s penned by Yu Kamiya (He’s known co-writing Clockwork Planet). Known in Japan as Hepburn: No Gemu No Raifu was published under MF Bunko J imprint and has received a lot of positive criticisms. So much so that fans have been breaking down their doors trying to get a second season of the show released. Anime studio Madhouse is making a pretty big name for themselves for making the sequel for the anime. The plot of the story is going to be based on the same light novel series that was previously published by Media Factory. It’s follows a group of gamers who defeat the ‘god of games’ in a chess match and are transported to an alternate dimension where everything is ruled by games. The anime is currently on volume 10 as of right now, and the release for volume 11 has yet to be announced, much to fans dismay.

The English version of the manga trickled into the market over the years and is currently only on volume 9 as of this past October, and volume 10 won’t be coming out until the 18th of February. As of right now the official release date of Volume 11 hasn’t been announced, and what’s worse Season 2 of the anime hasn’t been confirmed either. The book has since been turned into a movie, so the material that is left for season 2 of the anime would be the six volumes they have on hand.

This February Netflix started streaming the first season of No Game No Life and fans assumed that the second season would be announced in no time… it has still yet to be done, but it hasn’t been denied either as of right now. So it gives the weebs like me hope. There are some rumors floating around right now on online, and fans are tweeting out demanding season 2.

Another user writes, “No Game No Life: Season 2 is very needed”.

Hopefully the production studio will hear the pleads of the fans and gives us the second season of No Game No Life!