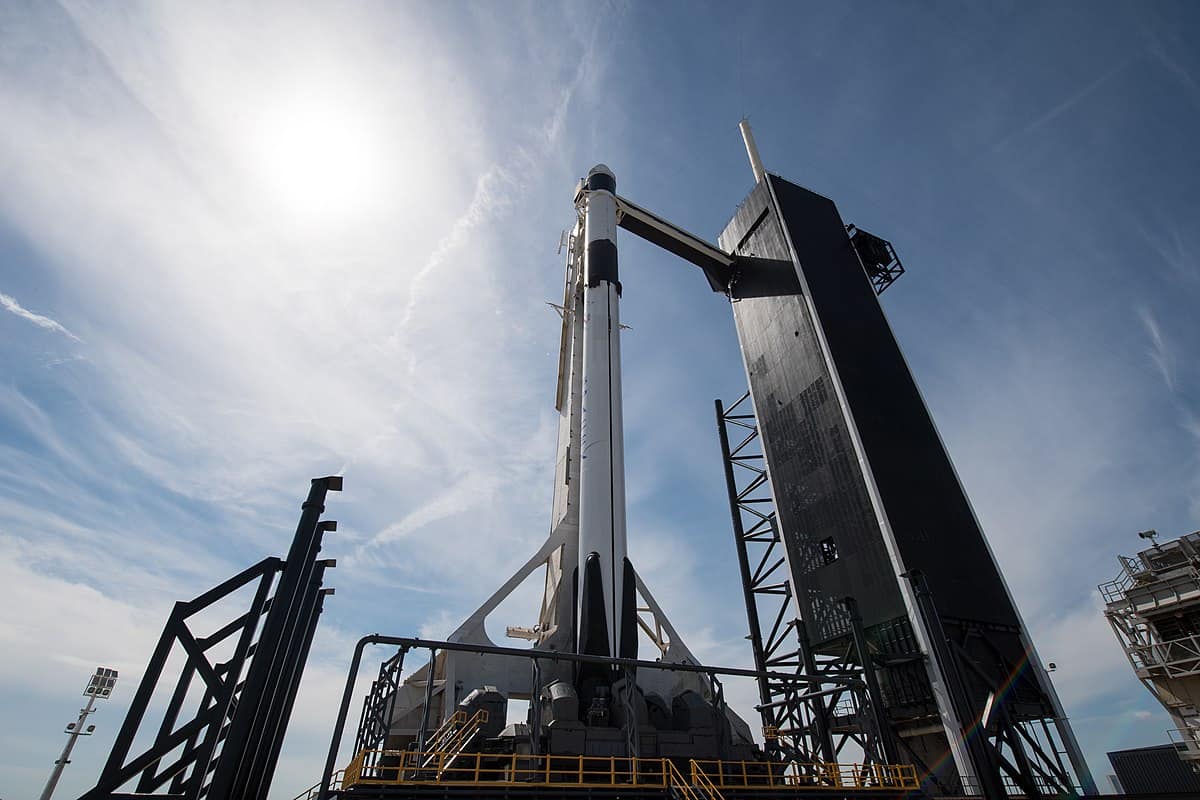 The SpaceX Falcon 9 rocket with the company's Crew Dragon spacecraft onboard is seen on the launch pad at Launch Complex 39A as preparations continue for the Demo-1 mission, Friday, March 1, 2019 at the Kennedy Space Center in Florida. The Demo-1 mission will be the first launch of a commercially built and operated American spacecraft and space system designed for humans as part of NASA's Commercial Crew Program. The mission, currently targeted for a 2:49am launch on March 2, will serve as an end-to-end test of the system's capabilities. Photo Credit: (NASA/Joel Kowsky)